Avatar: Green Rules By Interactive Love Between Peoples and Environment

What are you being today?

Being Green! Being Environmentally Friendly! 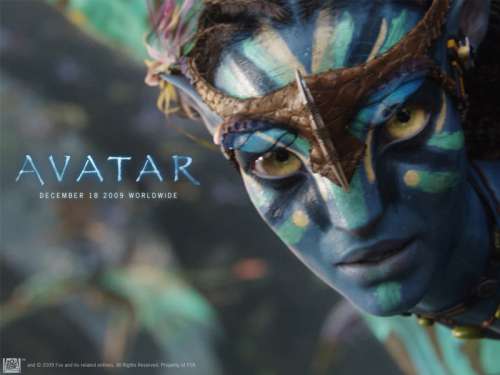 James Cameron, the movie director of  ‘Avatar’, was being a green genius in the making of his Hollywood  masterpiece.  We give him our heart-felt applause and accolade for his 3-D movie, Avatar, which took him more than 10 years to produce.

‘Avatar’ is an awesome declaration that Green rules.  One of the take-home messages is if we mess with mother nature, especially the environment, then we become the losers in the end.

Also, ‘Avatar’ is a science fantasy/fiction perfectly presented as beautiful poetry in moving pictures that are masterfully woven in symbolism.  There are displays of dualities and symbols of the ideals of  love vs. hate, peace vs. war, collaboration vs. domination, environment harmony vs. environment chaos/destruction, ecology stewardship vs. ecology exploitation/abuse, and last but not least the interactive love and connectivity among peoples as well as between peoples and the environment vs. loneliness and death. The latter ideal of interactive love and connectivity is splendidly represented by a sacred, brilliant tree of  “life/light’,  which is the heart of both the environment and the peoples (human heroes and alien natives).

Even James Cameron admits that he is an environmentalist at heart because “he’s an environmental activist who believes that humans and “industrial society” are “causing a global climate change” and “destroying species faster than we can classify them.”” Thus, we predict that James Cameron will be highly esteemed and recognized in the Kindles and e-readers of history text as the brilliant maker of the green classic, 3-D epic ‘Avatar’.

So, for these reasons, we hope you see us as much as we see James Cameron as much as he sees you, as expressed in the following Yahoo! music video:

I See You [Theme from Avatar]

For more info about James Cameron and ‘Avatar’: