One Paycheck Away is a one-minute video depicting the growing gap between the rich and the ‘rest of us” in Canada, as shown here:

This is an update to my previous blog Congrats to PACC Producer of “One paycheck away” Video: Winner of $2000!

Poverty Action for Change Coalition (PACC) Chair Tom Pearson conveys his gratitude to you for voting and giving his “One paycheck away” video the most votes in order to win the $2,000 prize money, as follows:

I want to thank those who voted for my short online during the national contest to depict the growing gap between the rich and everyone else in 60 seconds.

TP’s finalist entry “One Paycheck Away” won outright by a voting public which has had thousands viewing and voting since Dec 2011 and, along with the prize money, will be used in the Canadian Labour Congress’ national ad campaign. Again thank-you!
—
Tom Pearson
www.povertyacc.com 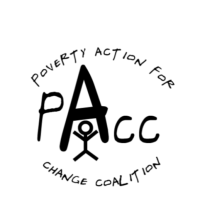