This is an update to my previous blog Ontario’s Smog Advisory: Expanded to Include City of Ottawa & Vicinity May 20, 2012.

Effective immediately, the Ministry of the Environment has lifted its Smog Advisory for the following forecast regions of northern Ontario : 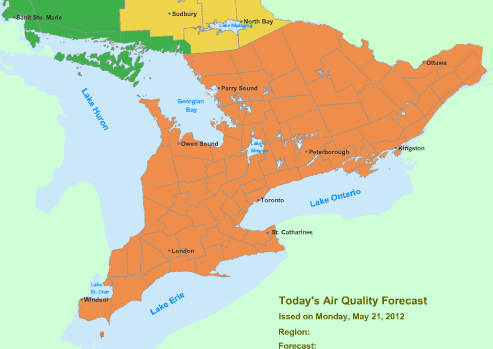 However, a Smog Advisory remains in effect for:

This smog advisory will remain in effect for the above regions of southern, central, and eastern Ontario until further notice.

The details of the smog and weather forecast for today and the next few days are as follows: