As the busiest rail passenger transportation facility in Canada, Union Station serves approximately a quarter of a million passengers each day!

Even though Union Station is a designated National Historic Site, it is is undergoing an extreme makeover for modernization which started last year at the south side of the train shed, and over the next several years will progress to the north end of the building.

The extreme makeover of Union Station will result in many modern and convenient benefits, including: 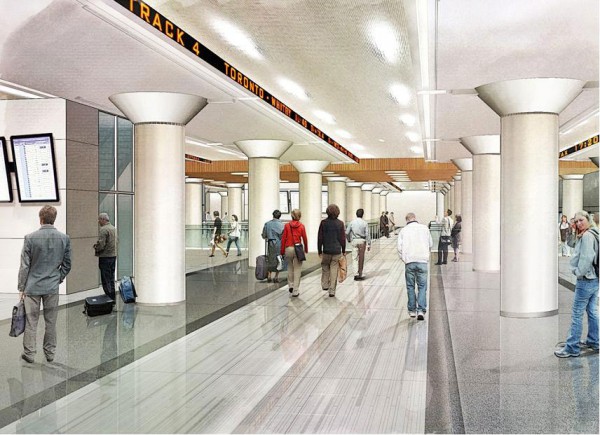 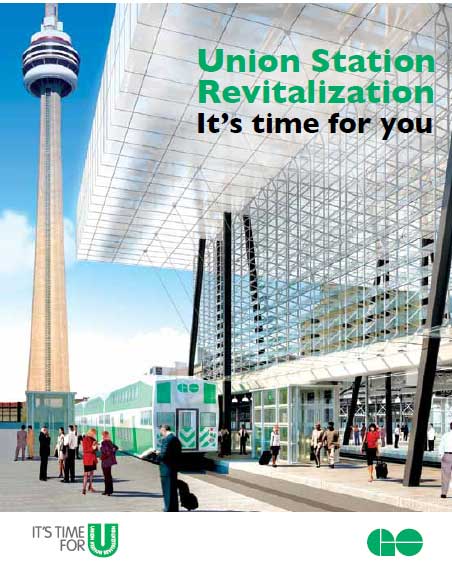 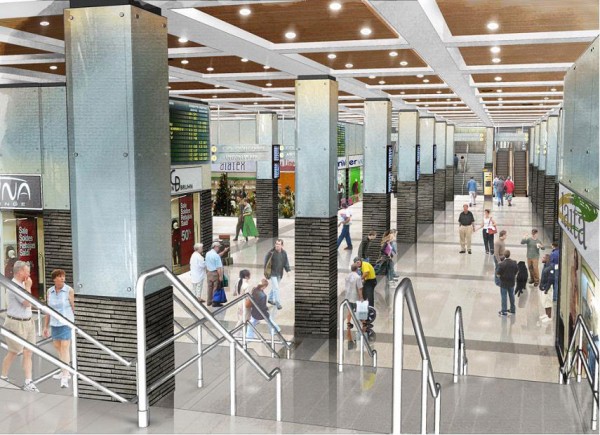 Union Station is located in the heart of Toronto on Front street and Bay street in Ontario, Canada.

This extreme makeover of Union Station is known as:

Construction for the Union Station Revitalization started on January 11, 2010.

And the overall target completion date is 2015  for Union Station Revitalization.

The Union Station Revitalization‘s objectives are:

The exquisite features that marked Union Station as a designated National Historic Site include:

The first milestone achieved on the Union Station Revitalization is the new bike station in the heart of the city with the following highlights:

Please click here to become a member, or to find out about fees.

The old bike station, which was located on the west side of York Street, is being transformed into a catering space for VIA Rail.

The new concourse level of the revitalized Union Station will have more access points, which will reduce bottle-necks during rush hour and provide direct access to the subway concourse and a new northwest PATH connection.

PATH is downtown Toronto’s underground walkway linking 28 kilometres (17 miles) of shopping, services and entertainment with the following features for your convenience:

Follow PATH and you’ll reach your downtown destination easily in weatherproof comfort as shown in the following map: 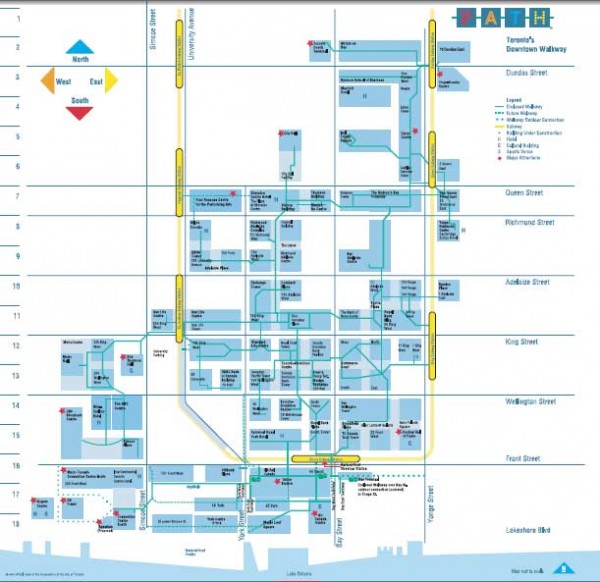 The new Union Station will also provide more stairs and escalators in the concourse level for better access to the station and the streets.

Pedestrian concourses will be enhanced to improve traffic flow; retail services capacity will be increased; the west wing will be renovated and heritage aspects of the building will be restored.

On Monday, June 13 at 9:30 to 11:30 a.m., City of Toronto and the media will go on a site tour of Union Station to see the “dig down,” one of the initial and most significant stages of this Union Station Revitalization.

The “dig down” involves the following major excavation work and structural changes at Union Station:

Here is a silent video showing you the blueprint plans for the Union Station Revitalization:

Voilà! The revitalized Union Station in 2015 will look like this, externally:

Please click here for more info on the above listed improvements of Union Station.

One year after breaking ground on the Union Station Revitalization, the City of Toronto invites the media on a site tour of Union Station to see the “dig down,” one of the initial and most significant stages of this unique project. The dig down involves excavating several metres below the existing floor level and the replacement of hundreds of concrete columns, to create the space for a new, lower-level pedestrian retail concourse and two new GO Transit concourses. This construction is happening behind the scenes immediately below the train tracks while the trains are in operation.

Note: Members of the media are required to pre-register by sending an email to nkuyumc@toronto.ca. Safety gear is not required. Tripods, cabling, external lighting and shore power are not permitted.

Toronto is Canada’s largest city and sixth largest government, and home to a diverse population of about 2.6 million people. Toronto’s government is dedicated to delivering customer service excellence, creating a transparent and accountable government, reducing the size and cost of government and building a transportation city. For information on non-emergency City services and programs, Toronto residents, businesses and visitors can dial 311, 24 hours a day, 7 days a week.