Here are great events happening in Toronto this summer.

This video presents “Pilaros Taste of the Danforth Relives the Past! August 9th-11th, 2013 part 2.”

Pilaros Taste of the Danforth Festival 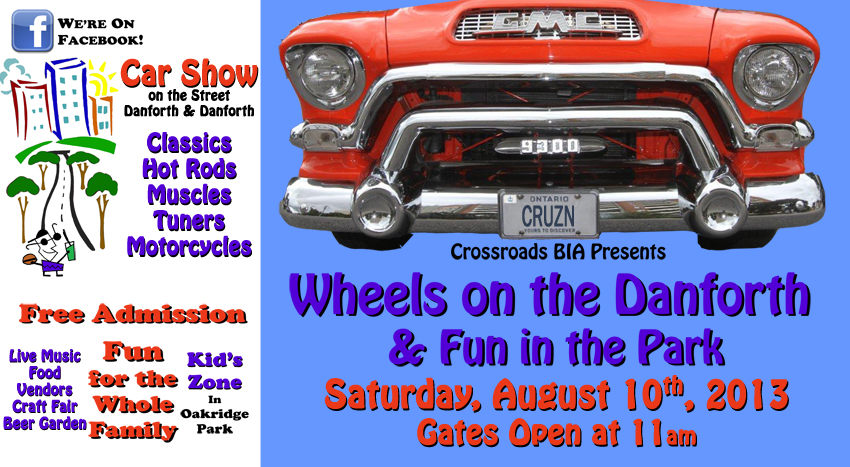 Crossroads of the Danforth BIA 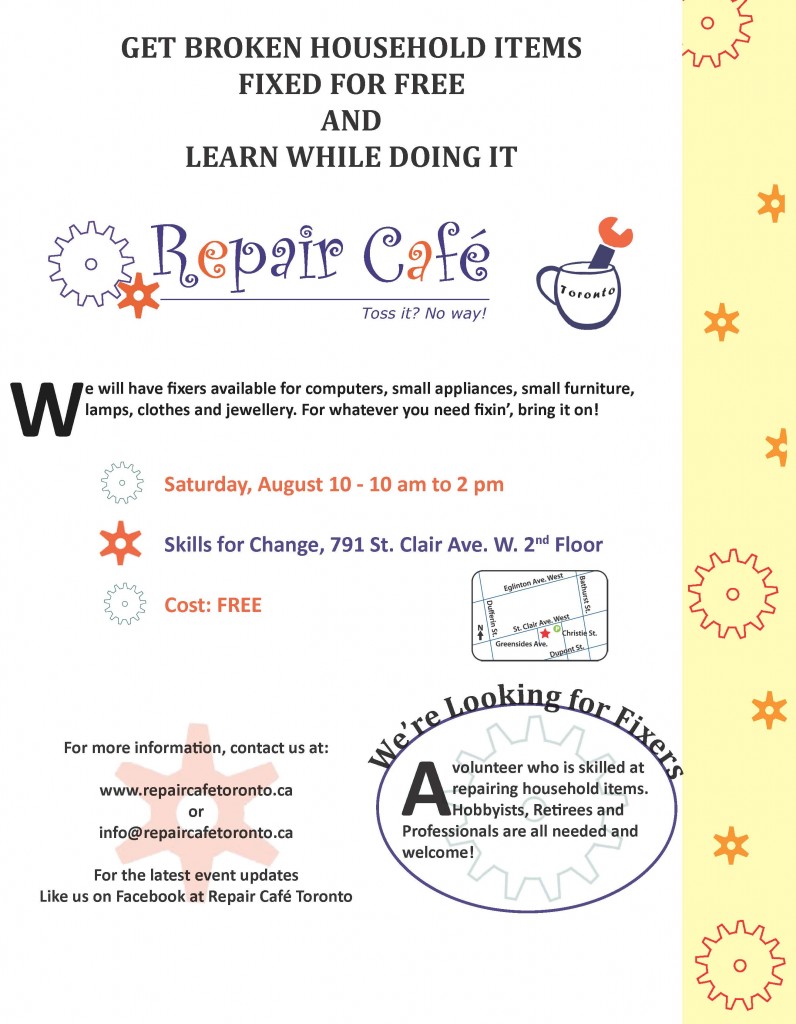 Green Neighbours 21 informs us about this upcoming event.

Do you have an old household item that is destined for the trash? Why not bring it to the Repair Café Toronto instead? Volunteer fixers are ready to help give your items new life.

Here are the benefits of Repair Café’s FREE service:

This video presents “Canada has a great soccer story! Help us write the next chapter!”

City of Toronto to launch “Planners in Public Spaces”: August 20 from 11 a.m. to 3 p.m. at Nathan Phillips Square

Two special events this weekend will involve road closures. Residents and visitors are encouraged to come out and enjoy these events. Businesses in the areas affected are open to pedestrian traffic but some roads will be closed to vehicles.

Taste of The Danforth – Friday to Sunday closure
Danforth Avenue will be closed in both directions from Broadview Avenue to Jones Avenue starting Friday, August 9 at 11 a.m. until Sunday, August 11 at 11:59 p.m.

Wheels on the Danforth and Fun in the Park – Saturday closure
Danforth Avenue from Warden Avenue to Byng Avenue and Danforth Road from Landry Avenue to Danforth Avenue will be closed in both directions on Saturday, August 10, from 7 a.m. to 11:59 p.m.