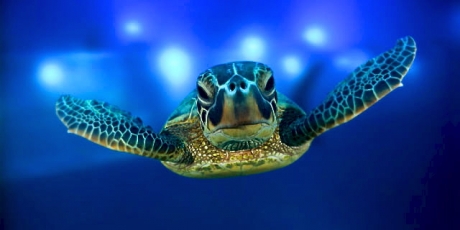 “The White House’s Council on Environmental Quality said the waters in the south-central Pacific Ocean contain “some of the most pristine tropical marine environments in the world.

These tropical coral reefs and associated marine ecosystems are also among the most vulnerable areas to the impacts of climate change and ocean acidification,” the White House said in a statement.”

Right now, the US government is receiving public comments on whether or not to create the world’s largest Marine Protected Area in the Pacific Ocean. But President Obama is under enormous pressure from a powerful fishing lobby to water down the plan.

We can’t let that happen — majestic whales, turtles and fish stocks are all disappearing. Scientists say the best way to save our oceans is to protect large swaths from exploitation so that marine life can recover. Four years ago, we played a pivotal role persuading the UK government to create a massive marine sanctuary in the Indian Ocean, and the UK Foreign Ministry cited our campaign in its announcement. Now, if we all speak out, we can create a reserve the size of Mexico!

If we send Obama a tidal wave of global public support now, we will empower him to counter opposition and help save our oceans for generations to come. Sign the petition below and tell everyone — let’s deliver one million voices before the official consultation closes in days:

The reports are dire: in less than 4 decades, our oceans could be completely fished-out and coral reefs might be dead within our grandchildren’s lifetime! This new plan alone won’t be enough to fix the problem, but it could start turning the tide against global ocean destruction — it will not only double the worldwide oceanic area that is fully protected, but also encourage other governments to follow suit.

Obama says he is willing to use executive action to implement the plan, but a powerful fishing lobby is trying to sink it with misleading propaganda. They say the sanctuary will hurt their business, but 95% of the fishing they’re talking about happens outside of the protected zone. Other interests want to keep the area open for future drilling and mining, which could be disastrous.

The comment period is only open for a few more days, and on August 11th the government will consult with local interest groups in Hawaii to scope out the plan. If we build a million strong global petition now and deliver it straight into the White House and the Hawaii meeting, flood the official consultation with support, and run a poll that shows massive public support near the site, we can drown them out.

With the greatest ownership of ocean in the world, the US now has a tremendous opportunity in the Pacific. Let’s drown out the opposition, and lay the foundation for protecting our oceans from exploitation. Sign the petition below, and forward it to friends and family:

Our oceans are being decimated by a myriad of threats. But time and again Avaaz members have rallied to save our precious marine life. We have helped secure massive ocean sanctuaries before and plans to protect tuna and whales. We can win this!