Here are some great events, celebrations and green events in Canada.

Bouchra Khalili: ‘The Opposite of the Voice-Over’

Admission charges apply for other days.

National Capital Commission (NCC) and the French Embassy in Ottawa

An Interactive Light and Sound Installation

A National Celebration of Literacy and the Written Word 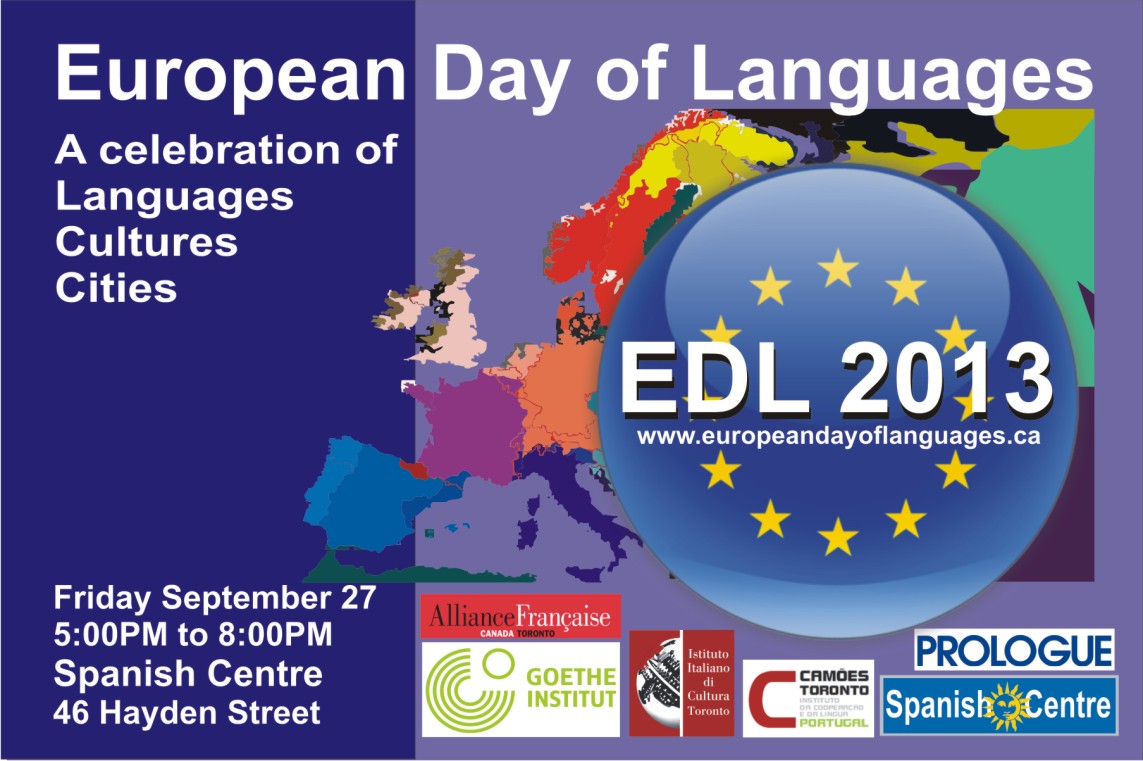 Invitation to the Fourth Edition of 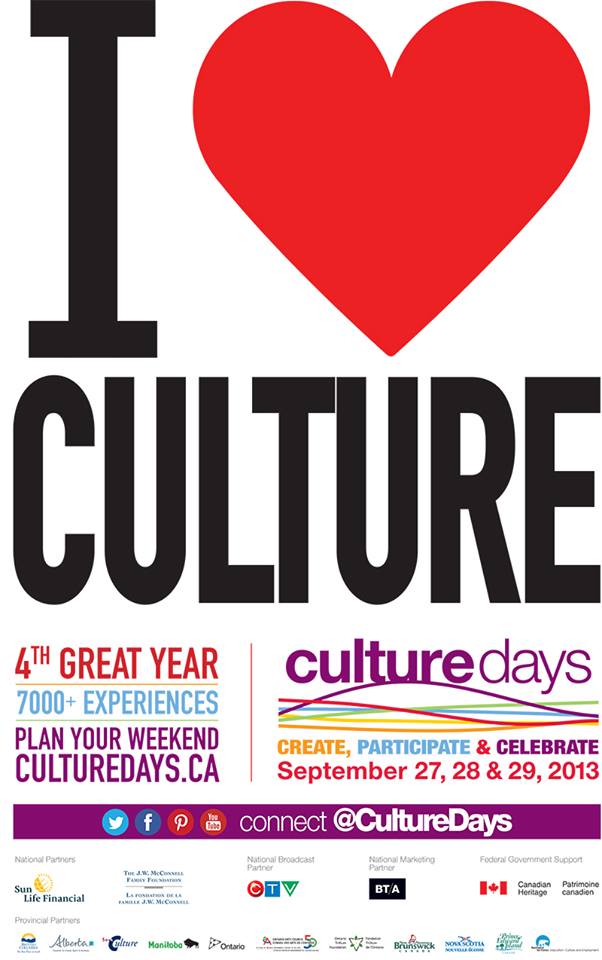 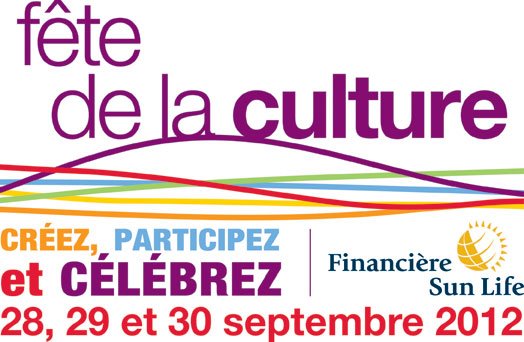 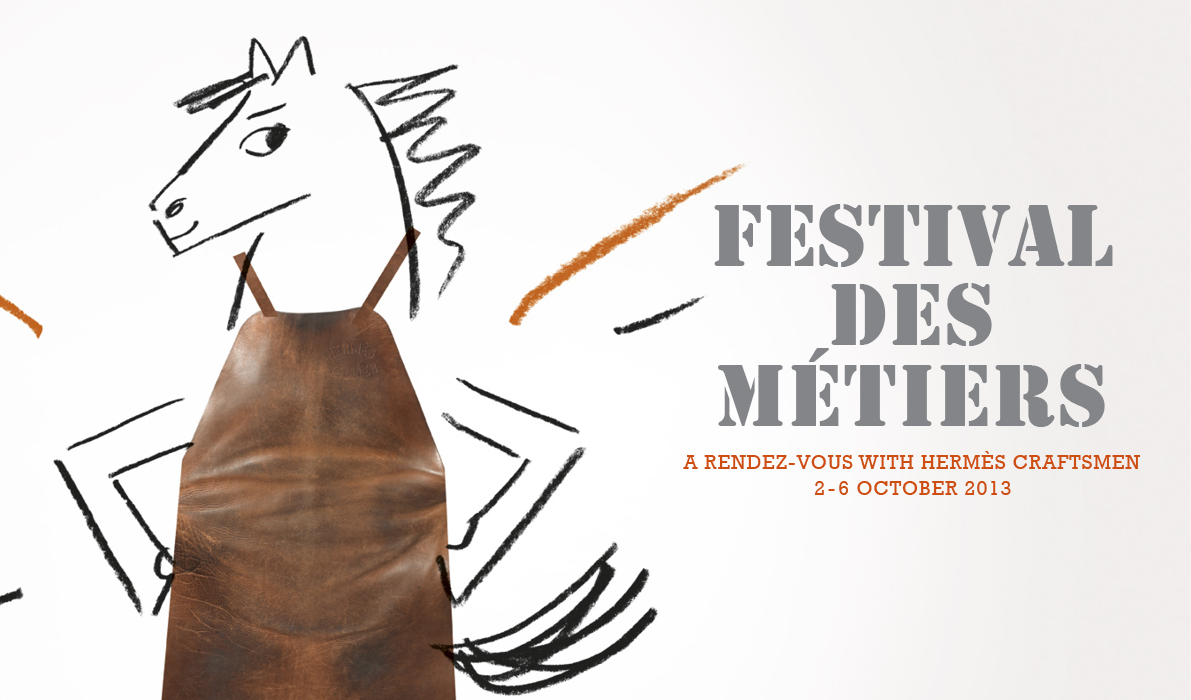 A RENDEZ-VOUS WITH Hermès CRAFTSMEN 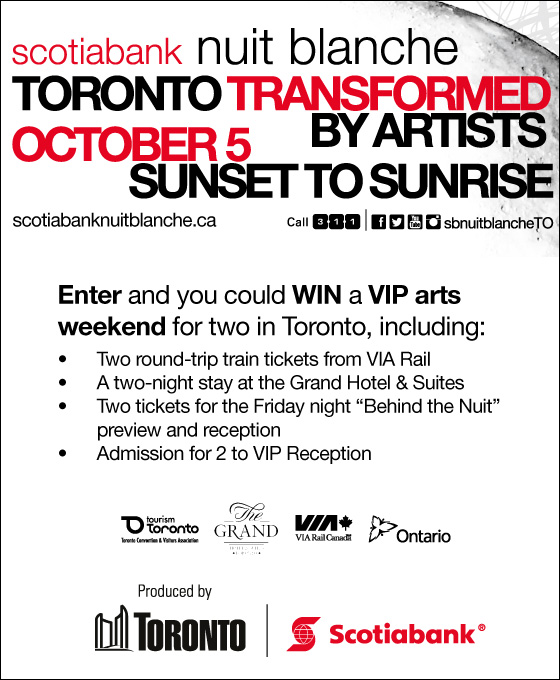 2013 edition of Scotiabank Nuit Blanche made possible by sponsors

Beginning Saturday, October 5 from sunset at 6:51 p.m. until sunrise on Sunday, October 6, Scotiabank Nuit Blanche will transform the City of Toronto into an all-night celebration of contemporary art, featuring 112 art projects created by more than 500 local, national and international artists.

This eighth consecutive year of the event furthers its position as one of North America’s premier cultural events, as it is expected to attract more than one million local enthusiasts and out-of-town visitors. Last year’s event attracted more than 170,000 out-of-town visitors and generated $38 million for Toronto’s economy and a $4.2 million throughout Ontario.

This important cultural and economic event for Toronto would not be possible without the support from sponsors.

“Every year Scotiabank Nuit Blanche is made possible through the generous support of corporate and media sponsors, the commitment of cultural agencies and arts organizations, as well as hundreds of artists and volunteers,” said Toronto Mayor Rob Ford. “Their hard work and dedication have made this fantastic event a major economic and cultural driver for our great city.”

Scotiabank has been the official title sponsor of Nuit Blanche since its inception in 2006. Through their continued support, Scotiabank has demonstrated dedication to enriching Toronto’s cultural offerings and commitment to the event by bringing forward innovative artistic experiences to the program.

“We believe embracing the arts pushes us to develop new perspectives and inspires us to pursue our passions. That’s why we’re proud to present installations like 1nspired Night and Scotiabank Nuit Blanche as it gives people the chance to discover art in their community,” said Jacqueline Ryan, Scotiabank’s Vice President of Sponsorship and Partnership Programs.

1nspired Night is just one of the unique art experiences being offered at this year’s Scotiabank Nuit Blanche. Videos and photos shared by festival goers will be projected onto a 15-metre (50-foot) canopy of screens, creating a live, immersive experience that allows the audience to walk through a moment in time, absorbing images from the installations and exhibits taking place throughout the city.

As international awareness of Scotiabank Nuit Blanche grows, sponsorship from the Province of Ontario, through Celebrate Ontario and Ontario Tourism Marketing Partnership Corporation (OTMPC), as well as Tourism Toronto, continues to have a considerable effect on the event. The support from these organizations goes beyond funding. They help to market Scotiabank Nuit Blanche and position the event as a must-see event for visitors to Toronto.

“Scotiabank Nuit Blanche has become one of Toronto’s most exciting annual happenings and a centre point for the city’s renewed sense of creativity and pride in our artists,” stated David Whitaker, President and CEO of Tourism Toronto. “It’s a truly memorable night and showcases Toronto’s individuality and energy to over a million residents and visitors each year.”

As new sponsors for 2013, H&M, Nokia Products Ltd. and Toronto Hydro have embraced the event through their financial support and development of featured art projects.

H&M
Sustainability is an important part of H&M’s mandate, and H&M strives to reduce the environmental impact of clothes throughout their lifecycle. Passionate Toronto creators Chinedu Ukabam and Gabrielle Lasporte’s The (Re)Generator Project, 2013, sponsored by H&M, is supported by donations from the H&M Garment Collecting Initiative. The installation will feature an interactive multimedia installation that explores the concept of “RE” – REcycling, REmixing, REinventing, REusing, REpurposing, etc. – while using elements of fashion design, visual art, social media and projection mapping. Event attendees will be able to engage with the live installation through social media.
Location: H&M store, Toronto Eaton Centre, 222 Yonge St.

Nokia Products Ltd.
(X)Static Clown Factory, sponsored by Nokia and created by Toronto artists Ruth Spitzer and Claire Ironside, will feature a Dr. Seuss-inspired enactment of the economy of desire including working clowns, their workshop float and an assembly line as their parade route. Spectators will act as the procession to this static parade. Nokia will be onsite with Capture the Moment, a photo opportunity allowing the audience to capture and share the X(Static) Clown Factory through the Nokia Lumia 1020.
Location: University Avenue and Gerrard Street West.

Toronto Hydro
The Big Crunch, from prolific Parisian artist Frank Scurti, is sponsored by Toronto Hydro. This installation will feature bicycle wheels fitted with clockwork mechanisms and each of the mechanisms moving the hands of the clock in clockwise and reverse rotation. The wheels will be exposed to the wall as mechanical gear and stools are placed in front of the wall so spectators can sit and watch the wheels turn. This installation speaks to the work of Marcel Duchamp’s Bicycle Wheel, created in 1913, in which a bicycle wheel was affixed to a wooden stool.
Location: 1 Trinity Sq. (accessed from Bay Street, south of Dundas Street West)

The City of Toronto would also like to thank all travel partners including VIA Rail Canada and The Fairmont Royal York; media sponsors City, OMNI, Toronto Star, NOW Magazine and Virgin Radio; and onsite sponsor Subaru Canada.

About Scotiabank Nuit Blanche
Scotiabank Nuit Blanche is Toronto’s annual all-night celebration of contemporary art, produced by the City of Toronto in collaboration with Toronto’s arts community. Since 2006, the event has featured more than 850 official art installations, created by nearly 3,500 artists and has generated more than $138 million in economic impact for Toronto.

Scotiabank is committed to supporting the communities in which we live and work, both in Canada and abroad, through our global philanthropic program, Scotiabank Bright Future. Recognized as a leader internationally and among Canadian corporations for our charitable donations and philanthropic activities, Scotiabank has provided on average approximately $47 million annually to community causes around the world over each of the last five years. Visit us at http://www.scotiabank.com.